Leibniz Institute for Catalysis e. V. at the University of Rostock (LIKAT)


Leibniz Institute for Catalysis e. V. at the University of Rostock (LIKAT)

Catalysis is the science of the acceleration of chemical elementary processes. By using high-performance catalysts, chemical reactions take place in a way which spares resources, increasing the yield, avoiding by-products and reducing the specific energy requirement. It is only possible to meet the global demand for an efficient use of all resources by making use of efficient catalysis research. Already, four out of five chemical products undergo a cycle of catalysis during their manufacture. Thus catalysis acts as a science spanning across a range of disciplines, contributing to the process of finding solutions for the fundamental challenges of the 21st century. 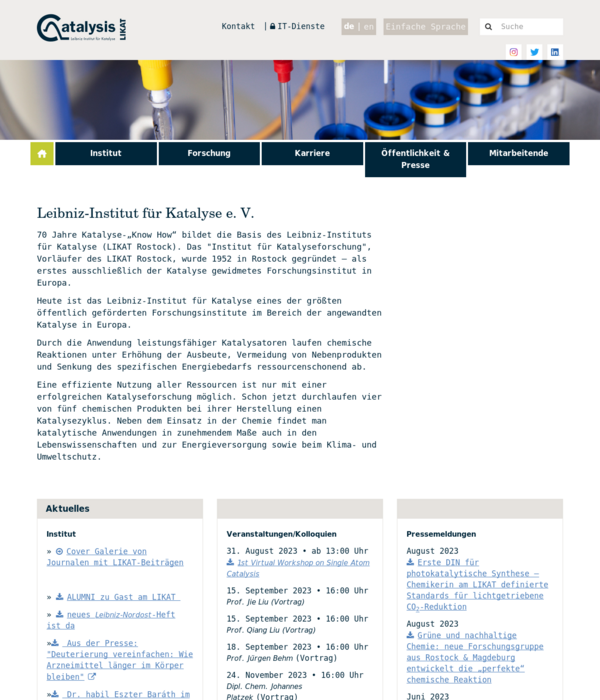