The Leibniz Institute for Jewish History and Culture - Simon Dubnow (DI) is an interdisciplinary institute for the research of Jewish lived experience in Central and Eastern Europe from the Middle Ages to the present day. The work conducted by the institute adopts a pan-European perspective, including also the spaces of Jewish emigration, especially Israel and America. The DI is dedicated to the secular tradition of its namesake, the Russian Jewish historian Simon Dubnow (1860-1941), who acted as a cultural mediator between Eastern and Western European Jewry. At the DI, Jewish history is always regarded in the context of its non-Jewish environs and as a seismograph of general historical developments. 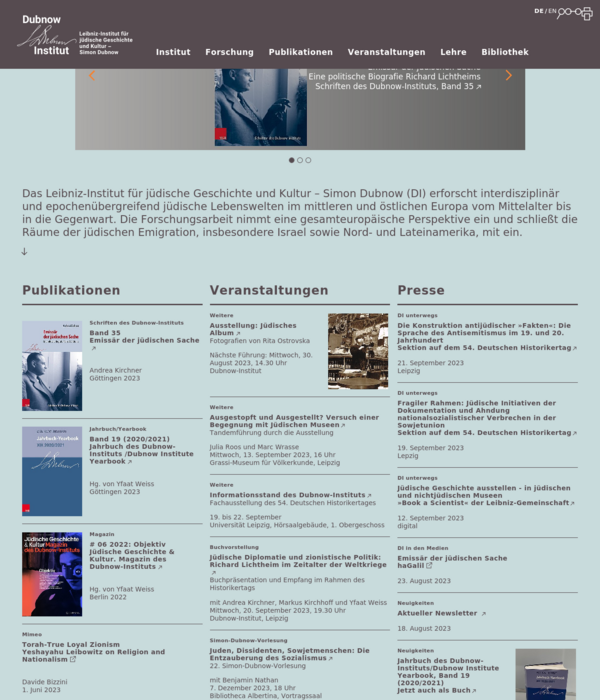