Health - Aug 18
The heart pumps blood through the vascular system, supplying cells with oxygen and energy Smooth muscle cells in the vessels finely regulate the blood flow. If they cannot perform their task, malformations and dilations of the vascular system may occur, according to a research team led by Professor Alfred Nordheim from the Interfaculty Institute of Cell Biology at the University of Tübingen, together with scientists from Tübingen, Münster and Uppsala, Sweden.
Environment - Aug 9

When the Forest Left the Apes

An international research team around Hervé Bocherens of the Senckenberg Centre for Human Evolution and Palaeoenvironment at the University of Tübingen and his PhD candidate Sophie G. Habinger has reconstructed the habitat of the ancestors of

Archaeologically excavated stone tools - some as much as 2.6 million years old - have been hailed as evidence for an early cultural heritage in human evolution.

’I never knew there were people like me at university’

Surveys of participants in the -Native Schools- project show that knowledge communication may be a key to overcoming social injustice, inequality and exclusion. In particular, direct interactions between researchers and disadvantaged groups have the potential to increase knowledge about and enthusiasm for research in all parts of society.

The Wallacean islands of present-day Eastern Indonesia have a long history of occupation by modern humans.

Many disease-causing bacteria are able to inhibit the defense mechanisms in plants and thus escape dissolution by the plant cell, a process known as xenophagy.

Based on the many fossil finds of false gharial relatives from North Africa and Europe, palaeontologists believe that this crocodile species originated more than 50 million years ago in the western Tethys, a precursor to today's Mediterranean Sea.

Spectacular ceiling paintings discovered in the temple of Esna

Martens, wolverines, skunks and red pandas - Germany was once a paradise for small carnivorans

An international team of researchers reports that at least 20 species of carnivorous mammals lived 11.5 million years ago in what is now the Hammerschmiede fossil site in southern Germany.

Defects in quartz crystal structure reveal the origin of dust

Global warming and a progressively drier climate in many parts of the world are causing more dust storms.

Protein changes in the liquor indicate inflammatory processes in the brain

A long history of European geckos

Geckos lived in Europe as early as 47 million years ago, say palaeontologists who have examined a nearly complete fossil gecko skull from central Germany.

A 3400-year-old city emerges from the Tigris River

A team of German and Kurdish archaeologists have uncovered a 3400-year-old Mittani Empire-era city once located on the Tigris River.

Unexpected differences between males and females in early mouse deer

Mouse deer are among the smallest ruminants in the world. Today, they live in the tropics of Africa and Asia and are barely larger than hares.

Spectacular ceiling frescoes discovered in the Temple of Khnum at Esna

In the Temple of Khnum at Esna, Upper Egypt, German and Egyptian researchers have uncovered a series of vibrantly-colored ceiling frescoes. 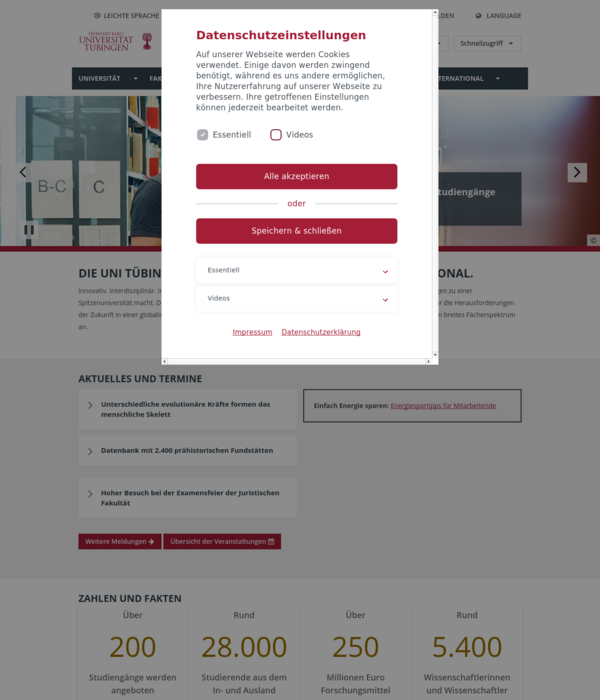