Eighteenth-century thieves, paupers, prostitutes and highwaymen helped shape the evolution of modern justice and welfare systems, according to new evidence uncovered by historians.

Academics from the University of Sheffield will share their expertise with the global elite at the World Economic Forum in Davos this week (Wednesday 20 January to Saturday 23 January 2016).

A University of Sheffield plant scientist, Dr Matt Johnson, has been named as a winner of one of biology's most prestigious prizes - the Society of Experimental Biology's President's Medals.

Dr Grant Wilson, from the University of Sheffield's Department of Chemical and Biological Engineering, has launched an energy chart looking at electrical generation in Great Britain. Here he uses the data to discuss the records that have been broken in 2015, including the greatest week of renewable energy, the half hour period where solar almost overtook nuclear for the first time and the periods when wind was the greatest source of electrical power.

Dr Peter Watt, Lecturer in the University of Sheffield's Department of Hispanic Studies, comments on what the capture of El Chapo means for Mexico's drugs trade. Capture of El Chapo won't stop drug war in Mexico as long as corruption is rife By Peter Watt, 13 January 2016, posted on The Conversation The recent capture of Mexican drug lord Joaquín Guzmán Loera, better known as El Chapo, is but the latest episode in the absurd, unending and media-driven spectacle of the drug war.

Wendy Bradley, a PhD candidate of tax simplification and regulation at the University of Sheffield, comments on the challenges facing HMRC when collecting tax and pursuing tax avoiders as well as the agency's search for a new chief executive.

The Sheffield City region has today (22 January 2016) been announced as one of seven national 'Test Bed' innovation centres to take part in a major new drive to modernise how the NHS delivers care.

Comment: What philosophy can tell Davos about educating for a better future

Professor Angie Hobbs, Professor of the Public Understanding of Philosophy at the University of Sheffield, is discussing the role that philosophy can play in addressing current global challenges at the World Economic Forum in Davos (20-23 January 2016).

The University of Sheffield has been named as a top employer for workplace equality for a third year in a row by the leading LGBT charity Stonewall.

Two day break in treatment for dialysis patients could be fatal, study finds 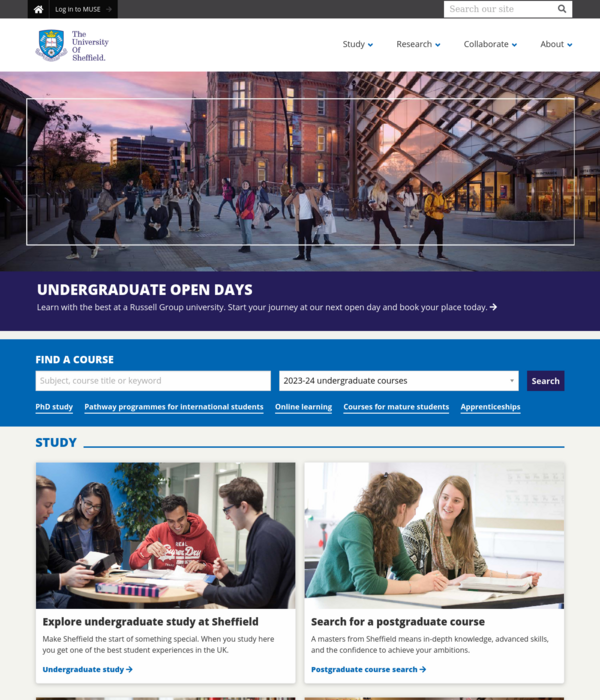