Deciphering a mechanism that promotes cytomegalovirus infection in pregnant women 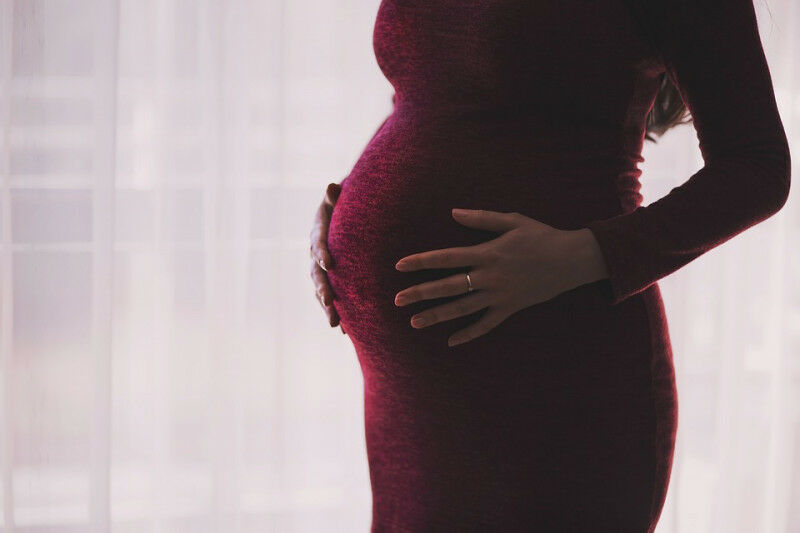 Although widespread in the human population and mostly harmless, cytomegalovirus becomes very dangerous for the fetus when contracted during pregnancy. However, the mechanisms of this congenital infection are still relatively poorly understood. For the first time, scientists from UT3 - Paul Sabatier, Inserm and CNRS at the Toulouse Institute of Infectious and Inflammatory Diseases (Infinity), under the responsibility of Cécile Malnou, senior lecturer at UT3, in collaboration with several other French laboratories1, have observed in detail a new aspect of the infection involving as yet unexplored placental mediators: the extracellular vesicles. Their study is published in the scientific journal Viruses .

Human cytomegalovirus (hCMV) infection is a major problem during pregnancy, affecting 1% of births in Western countries. This virus, present in about 50% of the population, is responsible for infections that are usually benign, but can be dramatic for the fetus when contracted during pregnancy. In spite of the numerous researches carried out until now, the physiopathology of this congenital infection remains poorly understood.

In recent years, a growing body of work has highlighted the key role throughout pregnancy of small extracellular vesicles ( sEVs) produced by the placenta. These vesicles are synthesized by almost all cell types under physiological and pathological conditions and are secreted into the extracellular environment, where they can travel very long distances and be taken up by other recipient cells. They play important roles in intercellular communication by transporting various molecules.

The new study published in Viruses sheds new light on human cytomegalovirus. For the first time, the impact of its infection on the protein composition and function of EVS was examined in different human placental models.

"We observed that infection of placental cells altered the protein composition of secreted SEVs, orienting them towards a potential proviral phenotype," says Cécile Malnou, team co-leader at Infinity and head of the research project.

Functional studies performed in vitro confirmed the ability of sEVs produced by infected placental cells to facilitate future infection of naive (i.e., not previously in contact with hCMV) recipient fetal cells. This was particularly the case for human neural stem cells. In other words, once infected with cytomegalovirus, the infected placental cells, via the production of sEV, "prepare" the ground to facilitate the dissemination of the virus.

The study suggests that placental SEVs are important players in the pathophysiology of congenital hCMV infection, which may play a role in maternal-fetal transmission of the virus.

"We will now try to observe if our results are similar in vivo, in particular with sEVs from amniotic fluid", concludes Cécile Malnou, " if they are corroborated, this would open new possibilities to use these sEVs as tools to prognosticate the consequences of hCMV infection on the fetus during pregnancy" .

1: The research units that contributed to this study are: Infinity (UT3/INSERM/CNRS), the Institute of Pharmacology and Structural Biology (UT3/CNRS), the unit Human Placental Physiopathology and Pharmacotoxicology: pre and post natal microbiota (3PHM - UMR-S 1139 - INSERM), the Institute of stem cells for the treatment and study of monogenic diseases (I-STEM - Inserm/University ofEvry/AFM-Téléthon/University of Paris-Saclay), the Toulouse Center for Epidemiology and Population Health Research (CERPOP - UT3/INSERM), the Embryonic Development, Fertility and Environment Laboratory (DEFE - UT3/UM/INSERM). Other contributors were the Toulouse University Hospital with the Virology Laboratory, the Neonatology Service and the Prenatal Diagnosis Service, as well as the National Proteomics Infrastructure, the Institut Curie and the Université Paris Cité.

recruit.myScience
f
Share
Like
Related Stories
Health
’Love hormone’ may support memory in people with Alzheimer’s - 27.09
The effects of stress and coping strategies regarding COVID-19 also depend on the pre-pandemic state of brain networks - 27.09

Virus discovered in world’s most widely used research plant - 26.09
This site uses cookies and analysis tools to improve the usability of the site. More information. |