Fruit flies respond more effectively to danger when in a group 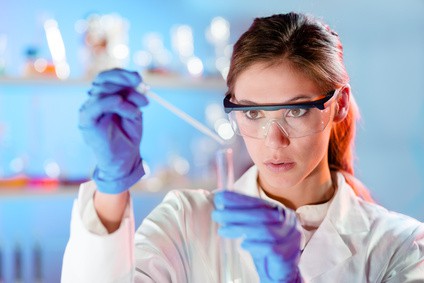 Fruit flies respond more effectively to danger when in a group. A research team  discovered this behavior as well as the neural circuits which relay this information, opening a new field of research.


Flies exposed to a stress signal when in a group adopt a more effective response than isolated insects, found researchers at UNIL and EPFL. These typically solitary dipterans interact to generate a coherent collective response. "Interaction within the group increases their sensitivity to the environment, which facilitates decision making," says Pavan Ramdya, lead author of a paper published today in Nature.

To explore this behavior, the researchers began by quantifying the presence of CO2 avoidance strategies. This gas, odorless to humans, represents a danger signal to the flies. A drosophila flying alone makes little effort to avoid the aversive odor. In a group, a significant proportion of flies leave the area within a few seconds.

Even deprived of their sense of smell, flies in a community with unmodified peers continue to go quickly to the good, clean air. Since the genome of drosophila is fully sequenced, a database comprising genetically modified flies is also available. It is therefore possible for scientists to select for certain characteristics, such as lack of olfactory genes.

By observing the flies, the researchers found that this group behavior was preceded by numerous close between the insects. Specifically, it is through small touches on the legs that the avoidance behavior is strengthened. This serves as genuine communication in code as it also indicates the direction to follow. A nudge on the right leg from a peer, and the fly goes left. With a touch on the left, it heads right.

So does a fly-leader need authority to indicate the route to follow? Not at all. A cascade of identical is enough. It is a bit like billiard balls: the impulse is given in a specific direction. The insects that have been affected, in turn, "warn" others, and so on.

It remained to discover the neural circuitry involved in this collective behavior. Previous data from the study, financially supported by the SNSF (Swiss National Science Foundation), the European Research Council (ERC)and the Human Frontier Science Program (HFSP), suggested the critical role of receptors on limbs. Using various methods, including desensitizing different parts of a limb, the researchers were able to identify the applicable gene and locate the precise area of.

A small group of neurons located at the end of a limb that are sensitive to mechanical deformation emerged as the sine qua non for this social behavior. Flies that had this area desensitized through genetic modification behaved as isolated individuals.

"While the neural circuits controlling interactions between two individuals in courtship or combat are increasingly understood, we don’t know much about what orchestrates behavior at the group level," says Pavan Ramdya. "The identification of sensory pathways that govern collective response in drosophila could elucidate the dynamics of other animal groups such as schools of fish, migratory birds and even human crowds," he adds.

Fur-friendly ’wearable for pets’ developed at Imperial - 25.02
University of Sydney sociologist bound for the IAS in Princeton - 25.02
This site uses cookies and analysis tools to improve the usability of the site. More information. |