A new method for boosting the learning of mathematics
UNIGE researchers oversaw a new system of maths learning whose purpose is to promote the use of arithmetic formulas at an early age. After a year, they observed a leap in students' performance. How can mathematics learning in primary school be facilitated? A recent study conducted by the University of Geneva (UNIGE), Switzerland, had shown that our everyday knowledge strongly influences our ability to solve problems, sometimes leading us into making errors.
Health - 20.12.2019
Combined vitamin D and calcium supplements reduce fracture risk
Taking vitamin D and calcium supplements reduces the risk of hip fractures by about one sixth, but taking vitamin D alone does not, according to a new study from the Nuffield Department of Population Health (NDPH) at the University of Oxford. The research was led by Research Fellow Dr Pang Yao and Robert Clarke, Professor of Epidemiology and Public Health Medicine, at NDPH.
Life Sciences - 20.12.2019 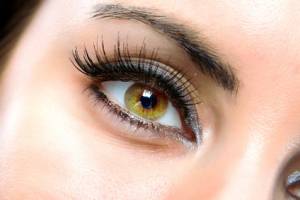 Identifications of neurons responsible for rapid eye movements (REM) during sleep
Why do we move our eyes fast in the paradoxical sleep - in that sleep phase, in which most dreams take place? The secret is not yet fully aired, but we are on his track: A team of researchers has identified the nerve cells behind this curious phenomenon. REM - Rapid Eye Movement - is not only the name of a successful American rock band, but also and not least a characteristic eye movement in paradoxical sleep, so in the stage with high dream activity.
Astronomy / Space Science - Physics - 20.12.2019
Supermassive black hole at the center of our galaxy may have a friend
Smadar Naoz is an associate professor of physics and astronomy in the UCLA College. She wrote this article for The Conversation. Do supermassive black holes have friends' The nature of galaxy formation suggests that the answer is yes, and in fact, pairs of supermassive black holes should be common in the universe.
Life Sciences - 20.12.2019
Protein Signposts Guide Formation of Neural Connections
The brain's complex tangle of interconnected nerve cells processes visual images, recalls memories, controls motor function, and coordinates countless other functions. A major goal of neuroscience is understanding how the brain is "wired"-in other words, how do all of its neurons know how they should connect to each other to achieve optimum function?
Astronomy / Space Science - 20.12.2019
Galaxy Gathering Brings Warmth
As the holiday season approaches, people in the northern hemisphere will gather indoors to stay warm. In keeping with the season, astronomers have studied two groups of galaxies that are rushing together and producing their own warmth. The majority of galaxies do not exist in isolation. Rather, they are bound to other galaxies through gravity either in relatively small numbers known as "galaxy groups," or much larger concentrations called " galaxy clusters " consisting of hundreds or thousands of galaxies.
Physics - Computer Science - 20.12.2019
The Quantum Information Edge Launches to Accelerate Quantum Computing R&D for Breakthrough Science
A nationwide alliance of national labs, universities, and industry launched today to advance the frontiers of quantum computing systems designed to solve urgent scientific challenges and maintain U.S. leadership in next-generation information technology. The Quantum Information Edge strategic alliance is led by two of the U.S. Department of Energy's national laboratories: Lawrence Berkeley National Laboratory (Berkeley Lab) and Sandia National Laboratories.
Health - 20.12.2019
Poorest patients most at risk from emergency surgery
The risk of dying as a result of emergency surgery is significantly higher for patients living in the most deprived areas, a new UCL-led study finds. The research, published in the British Journal of Anaesthesia , examined the outcomes of nearly 59,000 patients who underwent an emergency laparotomy - one of the most commonly performed major emergency surgical procedures.
Earth Sciences - 20.12.2019

Why is the earth shaking in Ischia?
Italian and Geneva researchers unveil the cause of the often fatal earthquakes on the volcanic island of Ischia (Italy). Volcanic islands, such as Ischia in Italy, are often the scene of major natural disasters caused by earthquakes. But why is the earth shaking in Ischia? Researchers from the University of Geneva (UNIGE), Switzerland, the University of Roma Tre and the National Institute of Geophysics and Volcanology (INGV; Italy) have highlighted the phenomenon responsible for the periodic earthquakes that have struck the island of Ischia.
Health - Life Sciences - 20.12.2019

Bark Beetles Control Pathogenic Fungi
Pathogens can drive the evolution of social behaviour in insects. This is shown by researchers from Bern and Würzburg for ambrosia beetles. Ants and honeybees share nests of hundreds or thousands of individuals in a very small space. Hence the risk is high that infectious diseases may spread rapidly.
Life Sciences - Computer Science - 20.12.2019

SHAPEIT4: an algorithm for large-scale genomic analysis
Researchers from UNIL, UNIGE and SIB provide the researchers' community with an extremely powerful computer tool to facilitate the interpretation of the genome's Big Data Haplotypes are a set of genetic variations that, located side by side on the same chromosome, are transmitted in a single group to the next generation.
Life Sciences - 20.12.2019

Revealing the structure of axons
Axons, the threadlike part of a nerve cell that conducts impulses, are both flexible and strong, which makes them a mystery in the eyes of biologists. Recent studies have shown that under the axonal membrane, rings composed of actin filaments give the structure its flexibility. But those studies had not been able to define the precise architecture of these rings.
Life Sciences - Environment - 20.12.2019

From rocket builders to tree planters
The year 2019 has certainly been a busy one at ETH. A new president took office and the second Sci-Tech Oscar was awarded, along with other major prizes, but there were also plenty of inventions and topics for discussion. The new year also ushered in a new era at ETH. The former director of PSI, Joël Mesot, took over the reins of the Executive Board as the new President of ETH Zurich with a sense of "great elation, drive and enthusiasm for this venerable institution".
Physics - 20.12.2019

No storm in a teacup - it’s a cyclone on a silicon chip
University of Queensland researchers have combined quantum liquids and silicon-chip technology to study turbulence for the first time, opening the door to new navigation technologies and improved understanding of the turbulent dynamics of cyclones and other extreme weather. Professor Warwick Bowen, from UQ's Precision Sensing Initiative and the Australian Research Council Centre of Excellence for Engineered Quantum Systems said the finding was "a significant advance" and provided a new way to study turbulence.
Health - 20.12.2019
Targeted screening could prevent one in six prostate cancer deaths
Nearly one in six deaths from prostate cancer could be prevented if targeted screening was introduced for men at a higher genetic risk of the disease, according to a new UCL-led computer modelling study. Prostate cancer is the most common form of cancer in men with around 130 new cases diagnosed in the UK every day and more than 10,000 men a year dying as a result of the disease.
Administration - 20.12.2019
Border walls could have unintended consequences on trade
Three decades ago, the world was home to fewer than a dozen border walls. Now, their numbers have swelled to more than 50. In a supposed era of openness and collaboration, why are these structures not only persisting, but proliferating? According to research co-authored by a University of Chicago political scientist, border walls exist not only as manifestations of anti-globalist sentiment, but as barriers with real economic impact-some of which may be unintended.
Economics / Business - Computer Science - 20.12.2019