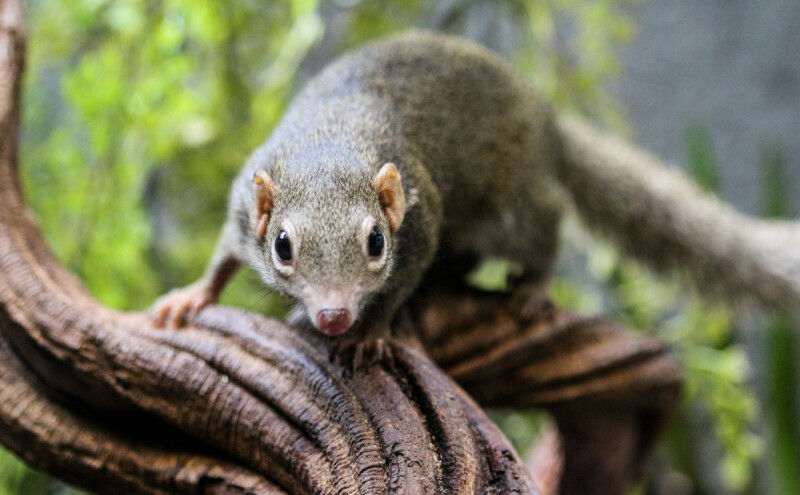 An ecological rule breaker shows the effects of climate change on body size evolution
Does evolution follow certain rules? Can these rules be predicted? Southeast Asia’s tree shrews break multiple rules when it comes to body size variation - with an unexpected twist - according to researchers from McGill University, University of Cambridge, and Yale University. The findings shed new light on the effects of climate change on the evolution of body size in animals.

-Few ecogeographical patterns are as important and well-studied as variation in animal body size. As a result, there are several well-known rules that are thought to govern body size variation such as Bergmann’s rule and the Island rule,- says co-author Virginie Millien , an associate professor of biology at the Redpath Museum at McGill University.

-Understanding how prevalent these rules are is a central question in evolutionary ecology because they are routinely used to predict the response of species to ongoing global warming. Our study provides evidence of a species whose body size has increased, not decreased, with recent climate warming, as the theory predicts. The findings defy two of the most widely tested ecological rules of body size variation,- says Millien.

Bergmann’s rule holds that populations of a species inhabiting colder climates - generally located at higher latitudes - have larger body sizes than those in warmer climates, which are usually at lower latitudes. Scientists believe this is because being big can actually reduce the energetic demands associated with staying warm, since large size means proportionally less surface area to lose heat through. Less energy spent on staying warm means more can be invested in reproduction, evolution’s ultimate end game.

Although both rules have been repeatedly tested from a strictly geographic standpoint, how they interact and possibly even change over time with rapid climate change has never been rigorously examined. In the first study to do so, the team of researchers analyzed 839 museum specimens of adult Northern Tree Shrews (Tupaia belangeri) collected over 130 years from across their entire habitat, including mainland and island populations, along with historical climate data.

They found that, contrary to Bergmann’s rule, body size increases in warmer climates closer to the equator. More importantly-and quite unexpectedly-they discovered that both rules have reversed over a remarkably brief period between the late 19th and 20th centuries, with the reversal accelerating as average temperatures rose.

-This is the first time a rule reversal like this has been found in any species,- says lead author Maya Juman, a Ph.D. candidate at the University of Cambridge. The study also found that the two rules are intertwined. While mainland Northern Tree Shrews clearly break Bergmann’s rule, island-bound individuals adhered to it, tending to be larger at higher latitudes and smaller at lower latitudes. This means that the Island rule is upheld at higher latitudes but reversed in warmer latitudes closer to the equator, the researchers noted.

-Our study highlights that body size is linked to dynamic and potentially interdependent ecological factors,- says Juman. -It is critical to test these patterns in conjunction with one another, and across both space and time.-

The researchers also suggest that Northern Tree Shrews likely aren-t the only species that break the body size rules. -I think we are in for many more similar surprises when it comes to body size variation within species,- says co-author Link Olson, curator of mammals and a professor of biology at the University of Alaska Museum and a curatorial affiliate in mammalogy at the Yale Peabody Museum.

The researchers- dataset, drawn from 16 museums, demonstrates the importance of museum collections for scientific research, says co-author Eric Sargis, a professor of anthropology at Yale’s Faculty of Arts and Science and curator of mammalogy and vertebrate paleontology at the Yale Peabody Museum.

-This work would be impossible without the museum specimens. Not only did the specimens yield important anatomical and body size data, but the associated information concerning the date and location where they were collected allowed us to examine the two rules over a long period of time,- he says.

-The findings of our study remind us how little we understand about the response of species to the ongoing rapid and unprecedented climate warming,- says Millien.