Watching gut bacteria eat - and learning from it for medicine 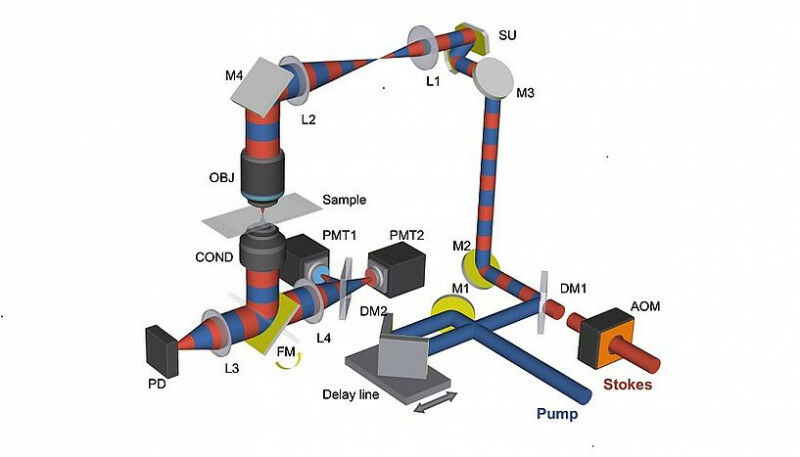 Microbiomes shape the health of humans and the environment. How they do this is revealed by an analysis of the functions that individual microbes assume in these communities of microorganisms. Scientists at the University of Vienna, in collaboration with photonics experts at Boston University, have developed a microscopy method that allows them to identify bacterial cells in milliseconds and simultaneously determine their metabolic activity. Their method for functional analysis is thus 100 to 1,000 times faster than previously available approaches. It enabled the researchers* to gain new insights into the breakdown of mucus, an essential component of the intestinal mucosa, by the human gut microbiome. The findings may help explain some people’s susceptibility to inflammatory bowel disease. The study has now appeared in the journal The Proceedings of the National Academy of Sciences (PNAS).

Hundreds of different species of bacteria thrive in the human gut. They are part of the gut microbiome and their diverse functions influence human health. One of the most important tasks of microbiome research is therefore to decipher the functions of our microbial roommates and to explore how these can be specifically influenced. Since bacteria in the laboratory often behave completely differently in pure culture than in complex communities, direct functional analysis that captures the functions of individual microbes in complex microbiome samples and thus in their natural habitat is particularly informative. In collaboration with Ji-Xin Cheng’s group at Boston University, researchers at the Center for Microbiology and Environmental Systems Science at the University of Vienna have now succeeded in developing an imaging approach that analyzes samples at high speed.

Direct functional analysis visualizes bacteria and the feeding behavior of individual bacterial cells using chemical imaging. For this purpose, a substrate labeled with a stable (non-radioactive) isotope is added to the microbiome sample. Microbes that metabolize this substrate are labeled with the stable isotope along the principle "You are what you eat". The isotope content of individual bacterial cells can thus be used to analyze their feeding behavior. At the same time, different bacterial species are color-coded using fluorescently labeled gene probes, each of which attaches to the ribosomes of very specific bacteria.

Due to the time-consuming nature of the measurement itself, researchers have only ever been able to examine relatively few cells per sample, even with the most modern analytical methods. "This is problematic because microbiome samples contain hundreds of bacterial species in different frequencies. The analyses available so far were therefore only suitable for the dominant microbiome members in each case. Many others were lost from view," explains Michael Wagner, microbiologist and deputy director of the Center for Microbiology and Environmental Systems Science. He initiated the collaboration with imaging experts from the United States. By combining Stimulated Raman Scattering (SRS) microscopy and two-photon microscopy, the international research team reduced the measurement time needed to identify and determine isotope content to milliseconds, a reduction of 2 to 3 orders of magnitude compared to conventional Raman spectroscopy. "Using this high-speed method, we were now able to determine the isotope content of more than 30,000 bacterial cells from human intestinal samples in a very short time after incubation with various sugars found in intestinal mucus" reports Wagner.

"To our surprise, this showed that certain clostridia - which is a type of intestinal bacteria - play an important and previously unknown role in the degradation of the mucosal sugar fucose," adds Ftima Pereira, co-first author of the study and senior postdoc in the Vienna research group. The finding is notable because fucose is the interface between the mucosa and the gut microbiome. However, one in five people cannot fucosylate intestinal mucus and show an increased risk of inflammatory bowel disease. Current research projects are attempting, among other things, to target probiotics to reduce the risk of disease in these individuals. For this to succeed, it is important to understand which microbes benefit from fucose degradation in the gut and may be lacking in affected individuals. 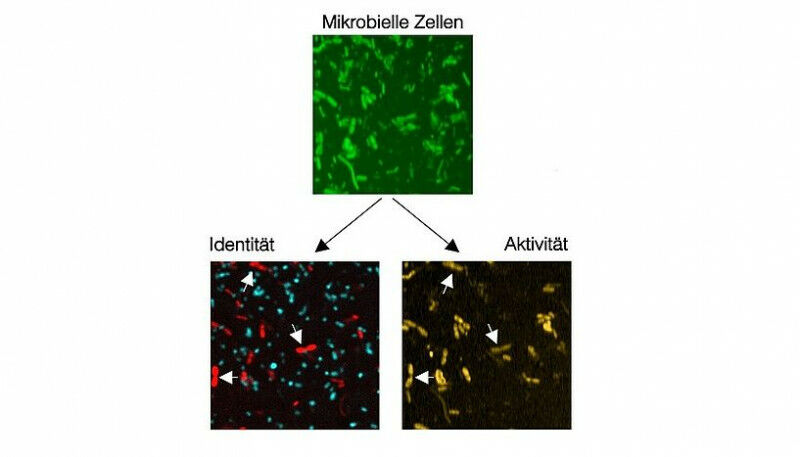 In a current research project, the research team from Vienna and Boston is now using the newly developed method to investigate how drugs commonly prescribed to treat Parkinson’s disease and schizophrenia affect the gut microbiome in humans. "However, the use of this new method is not limited to human microbiomes, but also opens up completely new possibilities in the study of environmental microbiomes," explains Michael Wagner. Because of this promising potential, he says, the Center for Microbiology and Environmental Systems Science has acquired an SRS fluorescence microscope. This large-scale instrument, which is unique in Europe in its optimized configuration for microbiome research, is currently being set up at the center and will be available for research projects by interested researchers from fall 2022.

Publication in Proceedings of the National Academy of Sciences (PNAS)

’Abnormal’ protein could be a common link between all forms of motor neurone disease - 12.08
Engineering enzymes to help solve the planet’s plastic problem - 11.08
This site uses cookies and analysis tools to improve the usability of the site. More information. |