PETN reduces risk of preterm birth and hypertension in pregnancy 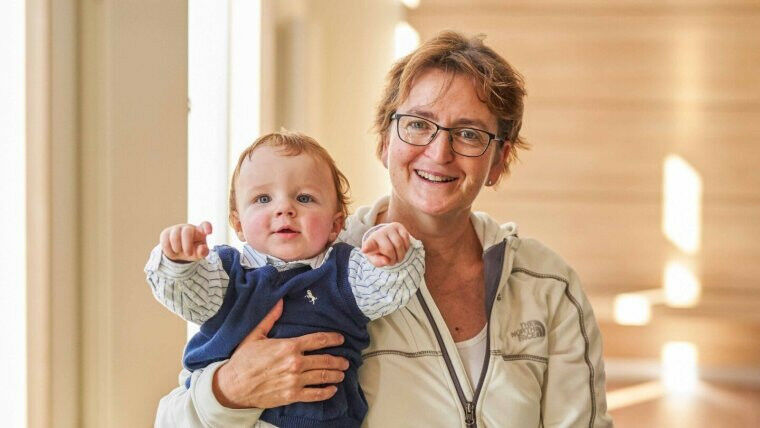 In about one in twenty pregnant women, ultrasound Doppler measurement in mid-pregnancy reveals that the uterus and placenta are not sufficiently supplied with blood. There is then a risk that the baby will not be adequately supplied by the mother’s body and will not develop in time. In the worst case, the baby may die in the womb before birth.Pregnancy means vascular stress," explains Tanja Groten from Jena University Hospital.The placenta produces activating substances that expose the maternal vessels to oxidative stress," says the obstetrician. If the vessels cannot compensate for the stress, this can lead to increased blood pressure in the mother or even to preeclampsia, also known as pregnancy poisoning. In this situation, the child is at risk of a deficiency supply in the womb.

In a multicenter study, a research team led by Tanja Groten tested whether the vasoprotective effect of pentaerythrityl tetranitrate (PETN) can prevent deficiency in the unborn child. PETN, which has been used for decades to treat heart problems and high blood pressure, is broken down in the body to form the endogenous messenger substance nitric oxide, which dilates the blood vessels and thus improves blood flow. At the same time, PETN has the special property of strengthening the protective mechanisms of the inner vascular wall. In a pilot study a few years ago, PETN was shown to have a positive effect on the supply situation of the unborn child.

The German Research Foundation funded the randomized, double-blind and placebo-controlled study of Jena obstetrics, in which more than 300 women with an abnormal Doppler finding participated in 14 study centers. The first patient was enrolled in August 2017, and the last study baby was born in August 2021. Under the direction of the study center at Jena University Hospital, an interventional study of these quality requirements in obstetrics was thus successfully conducted for the first time in Germany.

PETN does not significantly reduce risk of deficiency care

The main focus of the study was on fetal growth retardation as measured by significant underweight at birth or the number of babies who died in the womb. The results in the group of patients who received the active substance were better than in the placebo group in each case, but the differences were not statistically relevant. Clearer benefits were seen in terms of prematurity and maternal blood pressure: while just under two-thirds of the babies in the PETN group were born mature, more than half were born prematurely in the placebo group. More than 36% of mothers in the placebo group developed hypertension, and nearly one in three developed preeclampsia. Among the women who received the active ingredient, only just under 24% suffered from high blood pressure and about one in five from preeclampsia.

Study leader Tanja Groten classifies the result:We were able to show that the use of PETN is safe for the mothers and for the children. Even if the study result is not sufficient for a clear recommendation, PETN should be considered as a secondary prophylaxis, especially in patients with a significantly increased risk of inadequate care of the unborn child."The less clear effect against the deficiency supply compared with the preliminary study might be due to the use of aspirin (ASA). ASA has been recommended since 2018 to patients at risk for placental dysfunction to prevent preeclampsia. 30% of women in the study population were taking ASA. This could make the effect of PETN less pronounced and would have required treatment of a larger group of expectant mothers to achieve a statistically relevant effect.

Long-term effects for mother and child

The positive effects of PETN do not end with birth - the first follow-up examinations of the children in the study cohort at the age of 12 months indicate that the children also benefit from the preventive therapy in the long term. The longer development time in the womb and the higher birth weight improve the starting conditions into life. Mothers who suffered from high blood pressure or even preeclampsia during pregnancy have a significantly increased risk of cardiovascular disease. Tanja Groten is establishing a specialized aftercare consultation for them.From the long-term examinations of our study patients, we also expect to gain important insights into the influence of pregnancy on vascular aging. A follow-up examination of the mothers 15 years after the pilot study already showed positive effects in the mothers who took PETN during pregnancy."