Why do overweight people get diseases more often? 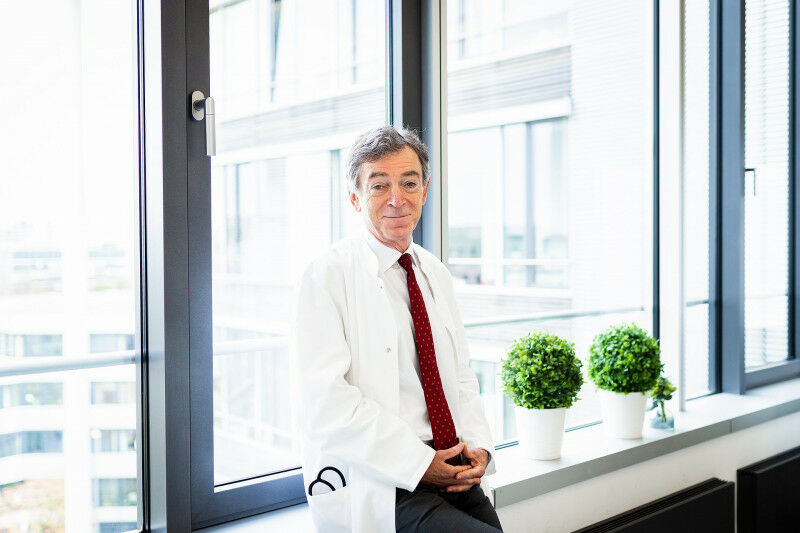 Size of fat cells can cause metabolic diseases

If you gain weight, the fat cells grow with you. In cases of severe obesity, the cells are usually greatly enlarged. Researchers at the Technical University of Munich (TUM) have now been able to show how enlarged fat cells can cause metabolic diseases. In addition, they have developed examination methods to determine the fat cell size of humans non-invasively.

Causes of severe obesity can be a genetic predisposition, unhealthy eating habits, lack of exercise, a slow metabolism, mental illnesses or the use of certain medications. People with obesity often suffer not only from stigmatization by society, but also from reduced quality of life and a higher risk of secondary diseases. For example, the likelihood of type 2 diabetes, cardiovascular disease and various cancers increases.

But why do people get more diseases when they gain weight? Dr. Julius Honecker and Hans Hauner from the Department of Nutritional Medicine investigated this question. They were supported by the Body Magnetic Resonance Group led by Prof. Dimitrios Karampinos from Diagnostic and Interventional Radiology at Klinikum rechts der Isar and by the group of Melina Claussnitzer, a member of the Broad Institute of MIT and Harvard and Massachusetts General Hospital and Harvard Medical School.

The connection between obesity and many diseases has long been known, but we know little about the importance of fat cell size. The team has now been able to show that gene expression - i.e. how strongly which genetic information is brought to bear - in adipose tissue is associated with fat cell size. Changes in gene expression in enlarged fat cells are likely to be partly responsible for the development of metabolic diseases.

"Large fat cells have a significantly altered metabolism and promote, among other things, the development of type 2 diabetes and cardiovascular diseases," says Hans Hauner. "This is important evidence that fat cells differ significantly in function depending on their size."

The cells transform from energy-consuming to energy-storing

To find out how overall gene expression depends on fat cell size, the team divided adipocytes - large, roundish fat cells - by size and sequenced their RNA. The result was clear: "Adipocyte hypertrophy manifests itself in the altered expression of genes involved in mitochondrial function and fatty acid metabolism," Julius Honecker explains. Detailed analyses show that the transcriptome - i.e. the sum of all RNA molecules in a cell - had changed from energy-consuming to energy-storing and to pro-inflammatory. The cells of severely overweight individuals preferentially store energy and promote inflammation, which favors the diseases mentioned. 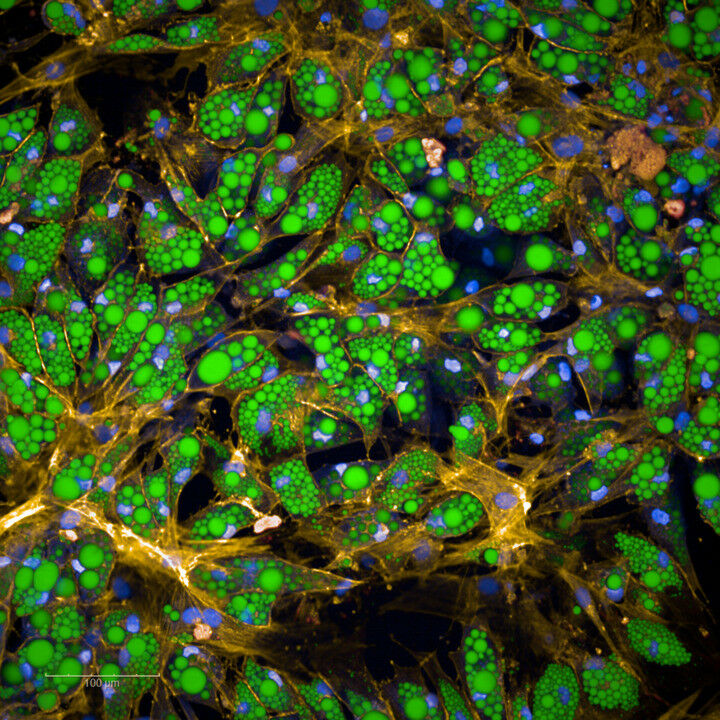 In order to be able to examine the fat cell size of patients better and without biopsy in the future, Dr. Stefan Ruschke and Karampinos developed and refined a non-invasive magnetic resonance spectroscopy method. This also enabled a robust analysis of the fatty acid composition in adipose tissue and established for the first time a concept of a virtual adipose tissue biopsy without the need to remove adipose tissue through a minor procedure.

These improved examination methods, which can be used to determine the morphology and composition of adipose tissue, could make it possible to diagnose metabolic diseases better and earlier in the future. And this can be done without taking tissue, but only virtually. "In the current study, it was important for us to establish better methods for simultaneously measuring fat cell size and fatty acid composition in the body," says Karampinos. "This opens up completely new perspectives for being able to quickly detect the risks that lie dormant in fatty tissue in the future without any risk."

Startups led by MIT mechanical engineers offer health care solutions - 27.01
Sugary drinks tax may have prevented over 5,000 cases of obesity a year in year six girls alone - 26.01
Related Stories
Life Sciences
The University of Valencia and FISABIO identify the remains of 17 victims of Francoism in the graves of Paterna - 28.01