Alcohol-related liver disease is among the most common causes of morbidity and mortality worldwide. Due to an incomplete understanding of the factors contributing to disease development, liver transplantation is still the only available cure. A team led by Tim Hendrikx from MedUni Vienna’s Department of Laboratory Medicine has now uncovered a new mechanism that plays an important role in the progression of the disease. Thanks to an improved understanding of the molecular background, the researchers are now laying the foundations for the development of new treatment methods. The results of the study were published in the respected scientific journal "Gut".

As part of their investigation, conducted in collaboration with a team from the University of California San Diego, the MedUni Vienna researchers identified the previously unknown function of the polymeric immunoglobulin receptor (pIgR) in alcohol-related liver disease. Preclinical studies showed that pIgR-mediated secretion of certain antibodies (immunoglobulin A or IgA) in the intestines plays an essential role in protecting the liver against alcohol-induced damage.

The development of alcohol-related liver disease is characterised by increased intestinal permeability or "leaky gut", which enables bacteria (and their by-products) from the intestine to reach the liver, triggering an inflammatory reaction. Secretion of IgA in the gut is an important strategy for protecting against invasive pathogens. Immunoglobulin A levels in the gut are controlled by pIgR, which bind to and transport IgA before depositing it into the inner layer of the intestine (the intestinal lumen).

Promising basis for new treatments
"Our study revealed a build-up of pIgR and IgA in the livers of patients with alcohol-related hepatitis, which is an indication of defects in IgA transport and secretion," said lead author Tim Hendrikx from the Department of Laboratory Medicine at MedUni Vienna, explaining one of the details in the findings. Using several animal models, the researchers demonstrated that low levels of IgA in the intestines in mice without pIgR aggravate alcohol-induced liver complications (steatohepatitis). The blood of the mice without pIgR also showed evidence of increased bacterial translocation. In addition, the research team discovered a molecular mechanism that partially restores IgA levels in the intestine, which alleviated alcohol-induced liver disease in mice without pIgR.

Alcohol-related liver disease - ranging from mild steatosis (accumulation of fat) to cirrhosis - are among the most common chronic liver diseases worldwide, and one of the primary causes of morbidity and mortality. Although significant progress has been made, treatment of alcohol-related liver damage remains suboptimal, and a liver transplant is still the only cure. Hence, a better understanding of the molecular mechanisms behind the development of the disease is an unmet needed.

"Our data show that dysfunction in pIgR in the liver exacerbates alcohol-related liver disease because the antimicrobial response through IgA in the gut is impaired. This means that enhancing pIgR in the liver or increasing the IgA levels in the intestine could be a promising starting point for novel treatment options of alcohol-related liver disease," commented Tim Hendrikx, summing up the importance of the findings. 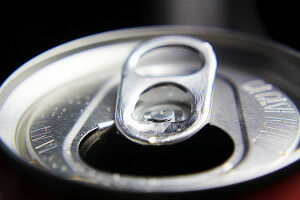 Studies at patients’ homes may improve accessibility and inclusiveness of drug research - 24.01
This site uses cookies and analysis tools to improve the usability of the site. More information. |