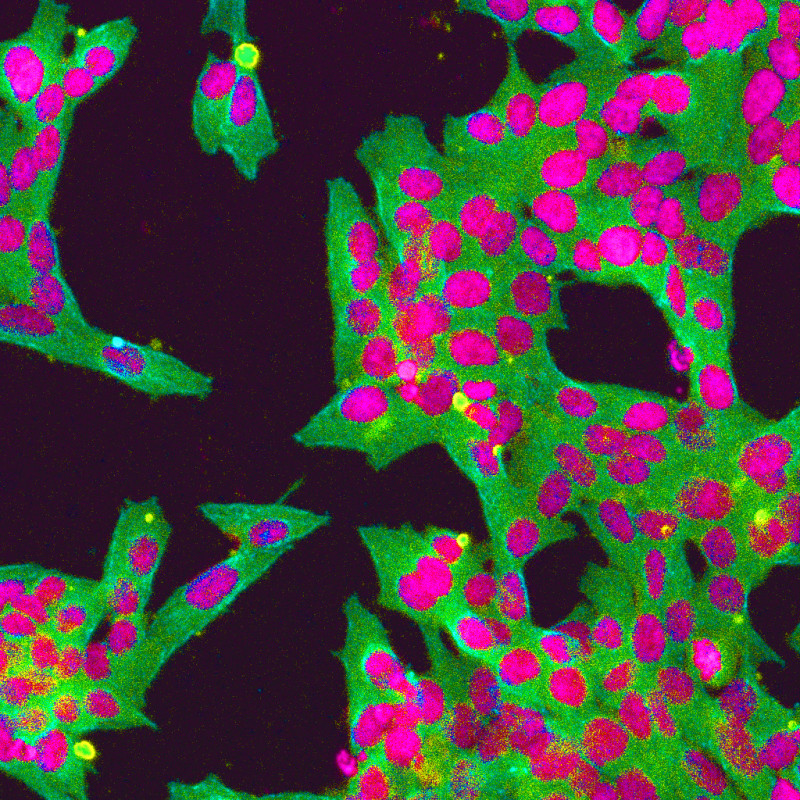 Advances in next-generation-sequencing technology that allow researchers to look at billions of pieces of genetic information are changing the way a disease is diagnosed. Correct identification of changes in the human genetic code responsible for rare metabolic disorders provides scientists and physicians with fact-based guidelines for the treatment.

An international team of scientists from Switzerland Spain, has studied the genetic basis of aromatase deficiency, a rare metabolic disorder that prevents the production of estrogens in humans, according to new research in JCEM (Journal of Clinical Endocrinology and Metabolism). The latest studies on aromatase deficiency in humans come from the group of Amit V. Pandey and Christa E. Flück at the Department for BioMedical Research, University of Bern, and Pediatric Endocrinology, University Children’s Hospital Bern, done in collaboration with Laura Audí at Hospital Vall d'Hebron, Autonomous University of Barcelona, Spain. Scientists found the answers by analysis of the DNA map of patients with aromatase deficiency and comparing those with DNA of the broader human population from different ethnic groups.

"Supplementation with steroids can target multiple different pathways, so we wanted to know which part of genetic code was changed in patients in order to target therapies to the appropriate place," writes Dr. Amit Pandey, University of Bern and Inselspital, University Hospital Bern, with coauthors. "We knew we had cases of genetic disorders leading to aromatase deficiency, but we needed to find the exact cause of disease, and modern DNA sequencing helped us find it."

Collaborating with genetics specialists at the Vall d’Hebron Hospital in Barcelona (Laura Audi, Núria Camats and Mónica Fernández-Cancio) and Hospital Universitario La Paz, Madrid (Sara Benito-Sanz), Pandey focused on a patient with aromatase deficiency identified by Dr. Juan-Pedro López-Siguero at Hospital Carlos Haya, Universidad de Málaga, Spain. What caused the attention of geneticists in Barcelona and Madrid was the observation that patient has symptoms of aromatase deficiency, but, when the gene for aromatase (CYP19A1) was sequenced, no defects were found.

Through the use of next-generation sequencing technology that simultaneously looks at billions of pieces of genetic code, Spanish scientists identified an error in the gene for cytochrome P450 oxidoreductase (POR). Laboratory of Pediatric Endocrinology in Bern, Switzerland, is a world leader in metabolic disorders caused by mutations in POR

The Swiss and Spanish teams joined forces and set out to find how the aromatase deficiency was being caused by a defect in the POR gene. Amit Pandey has been studying the POR gene for many years and knew that aromatase activity to produce estrogens requires energy supply from POR and had the systems in place to measure the impact of changes in POR on estrogen production. Dr. Shaheena Parween, in the laboratory of Amit Pandey, was able to genetically modify the POR gene to duplicate the defect found in the patient and used E.coli bacteria in the laboratory to produce a copy of POR enzyme matching the genetic sequence of the patient.

Scientists in Bern could show that POR made with the genetic code of the patient had lost most of its ability to provide energy to the aromatase enzyme. Therefore, even with a correct aromatase enzyme, the patient could not produce sufficient estrogens. Learning the exact metabolic step where the aromatase deficiency was originating from, allows the physicians to guide the therapy very precisely and prevent side effects associated with steroid supplementation. The study demonstrated the powerful diagnostic ability of next-generation sequencing technologies.

Supporting research in Africa and India

The Bern team extended their studies by looking at more patients with aromatase deficiency from Africa and India and identified the exact causes of genetic defects responsible for the loss of estrogen production. These findings have been reported in JES (Journal of the Endocrine Society), and recently been discussed in PNAS (Proceedings of the National Academy of Sciences of the United States of America). Collaboration with the scientists in Bern, Switzerland, allowed the use of advanced diagnostic and assay technologies not available in local hospitals, which highlights the role of international collaborations in the diagnosis and therapy of rare metabolic disorders.

The research team of Pandey and Flück is also studying genetic mutations in POR that cause other diseases, such as congenital adrenal hyperplasia, a common inherited disorder that affects a large number of people each year. Pandey highlights the value of translational medicine in his research. From his previous work, Pandey knew that the POR gene in humans has lots of variations, and some populations carry specific mutations to a greater extent than others.

The Laboratory of Gianfranco Gilardi and Giovanna Di Nardo at the University of Torino, Italy, had studied a common variation of aromatase that was predominant in the south-east Asian population. The scientists in Bern and Turin teamed up to check what if the same individual has an alternative form of both the POR and aromatase genes. By preparing the variations of POR and aromatase proteins based on genetic changes observed in the South-east Asian population, scientists could show that a compounding effect can be found when there is a change in POR and aromatase genes at the same time. These findings have been reported in JSBMB (Journal of Steroid Biochemistry and Molecular Biology).

The power of genomics for Precision Medicine

Some of the variations in the POR gene are quite common in specific populations, so Pandey advises looking at changes in the POR gene whenever a defect in other genes that are dependent on POR is identified. With the power of whole-genome sequencing at our disposal, it is time to move on from the theories of monogenic disorders as individual patients in the world are not the same in their genetic composition, says Pandey. "All humans have very similar genes, but still may have up to a million or more differences in their genetic code, even between a daughter and her mother, so if we find out exactly what causes a disease, then precise therapies can be used that are tailored for individual patients," Pandey said. "We are now seeing the power of genomics tailored for use in Precision Medicine, allowing the design of specific treatments for a patient according to their genetic makeup."

Precision medicine will be a vital component of the NextGen Precision Health Initiative by helping to accelerate medical breakthroughs for both patients in Switzerland and beyond. A center of rare diseases has recently been established at Inselspital, University Hospital Bern, to focus on diagnosis and research on rare metabolic disorders.

How Venus Flytraps also Snap - 10.07
Whale skulls are wonkier than ever - 10.07
Parasitic worms use their keen senses to wriggle through their hosts - 10.07
Related Stories
Health
Caltech Professor Answers Community’s Questions on Coronavirus - 10.07
Helping track and reduce COVID-19 infections in Northeast Brazil - 10.07
This site uses cookies and analysis tools to improve the usability of the site. More information. |