The National Centre of Competence in Research (NCCR), QSIT - Quantum Science & Technology, is active in a field which unites the key discoveries of the 20th century: quantum physics and information theory. In future, research in this field will strongly influence science and technology. Potential applications are primarily focused in the area of computer science and sensors. The NCCR QSIT takes an multi-disciplinary approach, combining concepts from physics, chemistry, engineering and computer sciences.  Researchers from many Swiss universities and basic researchers from industry work together in the NCCR network. Their two common goals are to develop applications in the area of quantum computer science and to investigate new paradigms in physical basic research such as the order and states of material. 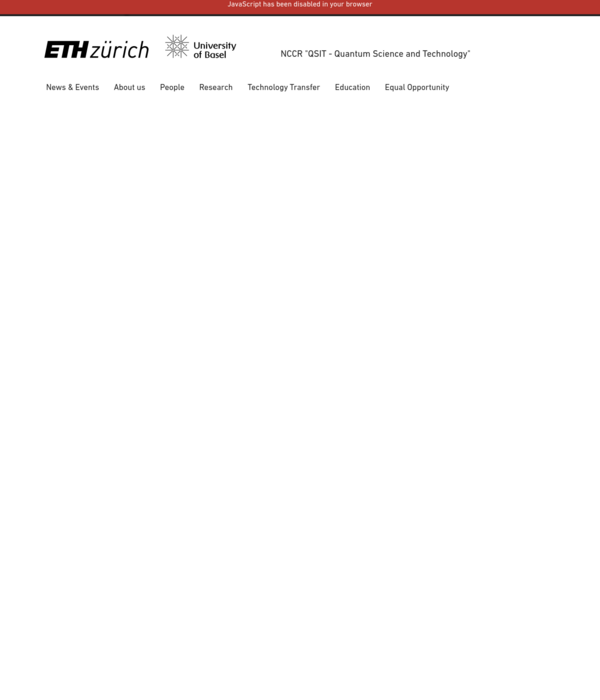