Genes sow seeds of neuropsychiatric diseases even before birth

Life Sciences - Apr 7
From early prenatal development through childhood, the prefrontal cortex of the human brain undergoes an avalanche of developmental activity. In some cases, it also contains seeds of neuropsychiatric illnesses and conditions such as autism spectrum disorder and schizophrenia, according to a new genetic analysis led by researchers at Yale University and the University of California-San Francisco (UCSF).
Health - Apr 1

Colorectal cancer kills more than 50,000 people a year in the United States alone, but scientists have struggled to find the exact mechanisms that trigger the growth of tumors in the intestine.

How much spring and summer affect the COVID-19 pandemic may depend not only on the effectiveness of social distancing measures, but also on the environment inside our buildings, according to a revi

There are substantial costs associated with breast cancer screenings for U.S. women in their 40s, a new Yale-led study finds, and these costs vary widely by region.

An underlying virus does not stop the body's immune system from launching a strong defense against a second, newly introduced virus, according to a Yale-led study that appears in the March 9 online edition of  the journal PLOS Neglected Tropical Diseases.

Researchers have found that colon cancer tumor cells produce energy for growth differently in women and men, and that this difference is associated with a more aggressive form of tumor growth with a higher incidence in women.

Women with a fairly common type of genetic mutation face a greater risk of infertility following chemotherapy for breast cancer, according to a new study from Yale fertility expert and scientist Dr. Kutluk Oktay.

Before scientists develop the bioengineered tissue of tomorrow for treating pulmonary diseases, they need to identify the best methods for growing tissue for artificial trachea and lungs in experiments today.

Working memory, the ability to hold a thought in mind even through distraction, is the foundation of abstract reasoning and a defining characteristic of the human brain. It is also impaired in disorders such as schizophrenia and Alzheimer's disease.

Yale's Gregory A. Margulis, widely considered one of the most innovative and influential mathematicians of the past half-century, has been awarded the Abel Prize in Mathematics - among the world's leading honors in mathematics, along with the Field Medal and the Wolf Prize.

A deep dive into the upward mobility of rocks

Yale geologists have identified the deepest pieces of Earth's crust ever found in the United States or Canada - in the rolling hills of northern Connecticut. Tiny bits of quartz and other minerals, inside garnet crystals, tell the story of a tectonic escalator ride that started 100 miles below Earth's surface, some 400 million years ago. 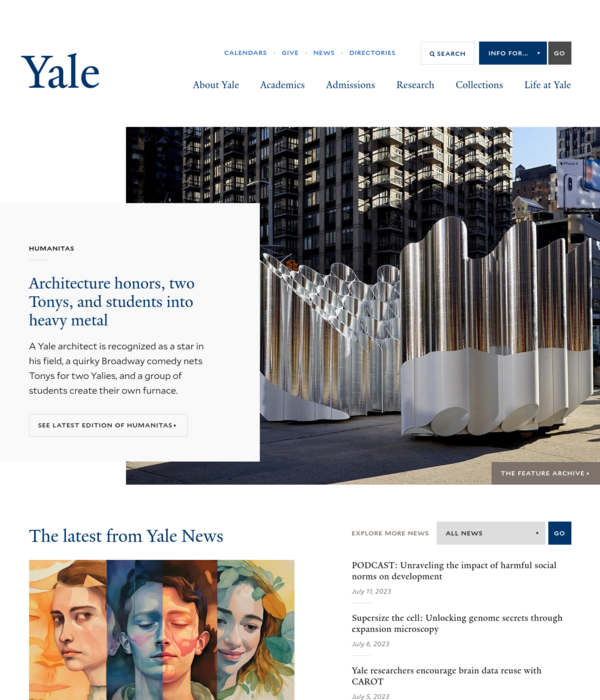