The 2022 World Cup comes with a surge of nationalism as well as intense scrutiny of host nation Qatar and the financial power of Gulf States in general. State-owned sovereign wealth funds (SWFs) are major shareholders in Western industrial and cultural assets. Is that a cause for concern? FASoS' Adam Dixon has some answers.

Urgent letter to education minister on importance of international education

When taking measures to keep international student intake manageable, a one-size-fits-all solution is not possible. Providing opportunity for international education where possible and taking measures only when necessary will ensure we can educate enough talent (Dutch and international) for a healthy labour market in the future. Limburg educational institutions, governments and business representatives have informed Dutch Education Minister Robbert Dijkgraaf of this in a letter.

Nutrition as medicine for heart failure in diabetes

Treat heart failure in type 2 diabetes with simple nutritional supplements? That seems too easy to be true, but researchers at Maastricht UMC+ have discovered that a particular mixture of amino acids could provide a cure for diabetic heart failure. A crucial step in addressing a problem facing a growing group of patients.

The Coalition for Advancing Research Assessment (CoARA) has appointed Rianne Letschert as their chair at its Constitutive Assembly. CoARA is a European platform for reforming research and researcher assessment. The coalition's members have the shared goal of putting quality and impact first in scientific research assessment.

Eleanor was right! It’s (still) up to the women

Eleanor Roosevelt was the wife of Franklin D. Roosevelt, the United States' longest serving president, who held office from 1933 until 1945, four terms in total. Introducing Eleanor like this does not do her justice. She was certainly much more than "the wife of Franklin D. Roosevelt." She was an activist, a feminist, a mother of six, and a political figure well ahead of her time. Eleanor was also controversial in her role as first lady, not only because their marriage was more of a political partnership, but even more so because of her outspokenness when it came to civil rights and the role of women in the workplace and in society.

When we asked alumnus Robbie Servais about his current occupation, he told us that he works as a football coach at K.R.C. Genk, one of the five most prominent football clubs in Belgium. An unusual career considering that he studied International Business at Maastricht University. Although Robbie's profession may seem like an unusual career choice, his studies at the School of Business and Economics did have a great influence on his professional career.

The Maastricht Sustainability Hub is a unique initiative: a space dedicated to collaboration, experimentation, and knowledge exchange between different students and student organisations with an active interest in sustainability. The Hub is run by  Sustainable UM2030 and the UM Green Office.

The seventh edition of the UM Star Lectures is taking shape. Maastricht University is brimming with knowledge and innovative ideas. You might not be around anymore, but don't worry: on Thursday evening 16 March 2023, we will bring the university to you

The coronavirus has become part of our society. But how exactly does the virus work? In a unique animation, Maastricht scientists have visualized the life cycle of the virus for a broad audience. They did this using real microscopic images of infected cells.

A series of events organized by the Maastricht Observatory on Resilient, Responsible & Sustainable Enterprise and Economy initiative took place during this year's MORSE "Conference of Conferences" week in October 2022. This week included workshops, student conferences, and a CEO meeting from October 20-26, 2022. In addition, MORSE hosted the Interdisciplinary European Conference on Entrepreneurship Research (IECER) in Maastricht from October 26-28, 2022.

Chemistry in the kitchen

Professor of Clinical Chemistry Yvonne Henskens has prepared for this interview by laying out her most important cookbooks and whipping up a fig cake with eggs from her own chickens. "I prefer to make everything myself: bread, cheese, mayonnaise. I want to know how it works-in that sense I'm still a chemist." Over four years ago, she started the food blog Ontroerend Lekker with a friend from her university days. They post not only about their favourite recipes, cookbooks and restaurants, but also background information about nutrition. As icing on the cake, through the blog she also met her new partner.

On 23 November 2022, the Glaw-Net held the hybrid seminar featuring Lucas Carlos Lima , Professor of International Law at the Faculty of Law of the University Federal of Minas Gerais, Brazil. During the seminar, Professor Lima presented his paper "Is the IACtHR advancing the notion of regional jus cogens or a certain regional approach to jus cogens in its case law?" Professor Jure Vidmar acted as a discussant.

Compensation and prevention for damage resulting from offshore drilling in China

Based on a law and economics approach, observations are made on the efficiency of the legal regime to evaluate if the existing rules are in line with economic starting points. Following the limitations of the Chinese legal system as specified, the study ends with policy recommendations based upon a functional comparative study with several selected countries.

How do you teach children empathy? The new research consortium JOINclusion, launched on 1 May, aims to help increase social inclusion among children between 7 and 12 years old, especially in multicultural classrooms. To that end, they are developing an app with games that help children understand each other's perspectives. The international consortium receives European funding for this purpose. 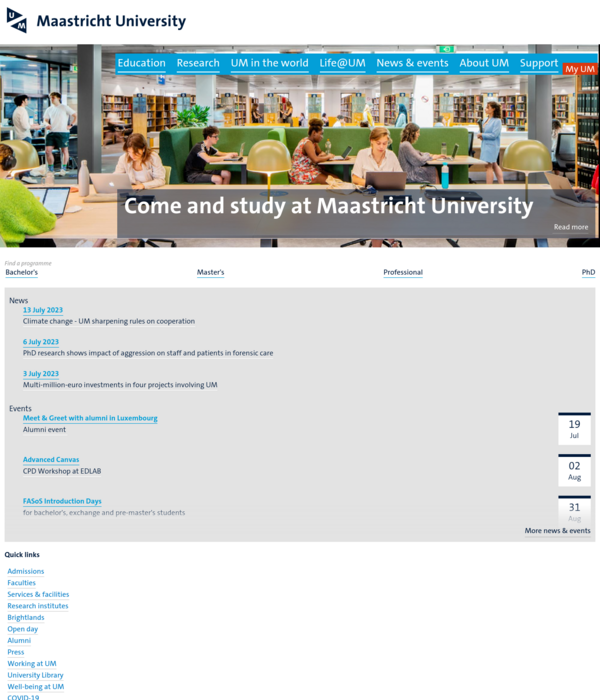