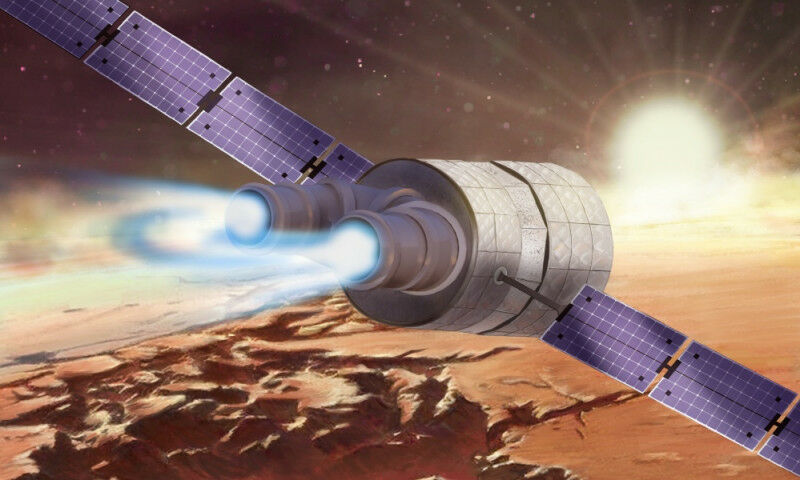 In-depth research into the physics of a new type of plasma rockets for space missions and revolutionising their design. This is the aim of ZARATHUSTRA, a European ERC Starting Grant research project at the Universidad Carlos III de Madrid (UC3M) that aims to develop a new aerospace technology and whose results could also be applied in other fields, such as nuclear fusion by magnetic confinement.

Plasma thrusters consume less propellant than chemical combustion rockets, allowing for longer, more ambitious and economical missions. Existing technologies, however, use metal electrodes in contact with the plasma to operate, which is one of their weaknesses, as they deteriorate until the thrusters stop working, limiting their durability, their range of operation and the type of propellants they can use. A new family of electrodeless plasma thrusters has recently been proposed as a solution to these problems, although they are still in the very early stages of development and still have ample room for improvement.

“These thrusters have a cylindrical ionization chamber that is open at one end, through which plasma is ejected and accelerated, guided by an applied magnetic field’, explains the lead researcher for this new project, Mario Merino, from the Department of Bioengineering and Aerospace Engineering at UC3M. His goal is to unveil the physical foundations of these thrusters in order to understand the mechanisms involved in the electromagnetic heating of the plasma and its particle transport, increasing their efficiency.

A plasma has its own characteristics that are not observed in solids, liquids, or gases, so it is considered another state of matter. Understanding the role of turbulence and the interaction of the plasma with the electromagnetic fields and with the thruster walls are some of the key objectives of this project. “We are also going to investigate a new geometry for electrodeless plasma thrusters for the first time, based on a patent of the University ’, notes Mario Merino. This new geometry would avoid many of the problems that current cylindrical thrusters have, such as the fact that they do not have complete magnetic shielding of their walls. “A lot of plasma is being lost to the back wall, causing the inefficiency of the thruster’, he adds.

The thruster that the researchers intend to develop would solve this problem with a new U-shaped geometry and a toroidal magnetic field (in the form of a “doughnut? deformed at one end) that would protect all thruster walls from the direct impact of the plasma. “It would meet the propulsion needs for space missions at very different powers and with multiple propellants, in Earth orbit as well as for missions to the Moon or Mars, in a cheaper, more efficient and more durable way’, scientists note.

Researchers will use a multidisciplinary methodology within the framework of this project. On the one hand, they will develop state-of-the-art models and simulations of the plasma and electromagnetic fields. On the other hand, they will conduct experiments in the University’s Plasma and Space Propulsion and Team’s (EP2) vacuum chambers in order to directly observe how these thrusters work, using a complete range of plasma diagnostic systems. Finally, they will use advanced data-driven analysis techniques that will allow to squeeze out a great deal of information from simulation and experimental data.

“The ZARATHUSTRA project will also allow us to train at least six young researchers in cutting-edge simulation and experimentation techniques in plasma physics, propulsion system development, and other related areas, reinforcing the capabilities of EP2 at UC3M, which has extensive experience in research and innovation on various space propulsion technologies’, adds Mario Merino.