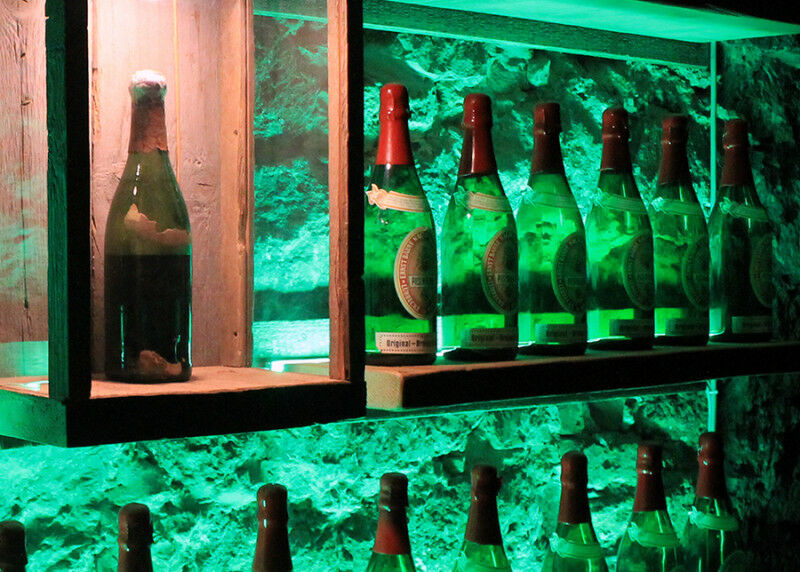 Researchers at TUM have analytically and sensorially characterized Germany’s oldest beer to date.

After almost 140 years, researchers at the Technical University of Munich (TUM) opened a lager beer that had been kept at room temperature throughout to analyze it. The beer, dating back to 1885, has now been characterized sensorially and analytically. The findings provide insight into the technological aspects of historical beer brewing.

A historic beer from the time of the German Empire was recently found in northern Germany. Its chemical composition offers unique insights into the brewing culture of the late 19th century, when groundbreaking innovations laid the foundation for industrial beer production. Researchers at the TUM attested that the beer sample was in good storage condition and had a long shelf life. The beer bottle was sealed with cork, wire and wax and stored upright and under atmospheric pressure in a commercial building.

The sensory analysis by four certified tasters showed a coherent and balanced beer that contained aromas of sherry, port and plums. , "It was very harmonious in overall impression and bitterness. Overall, it’s a very lean, elegant, harmonious beer that still smells and tastes quite excellent," says Martin Zarnkow, Head of Technology and Development at the Weihenstephan Research Center for Brewing and Food Quality.

Insights into the molecular composition of beer

In collaboration with the Comprehensive Foodomics Platform led by Philippe Schmitt-Kopplin at the Chair of Analytical Food Chemistry, the molecular profile of beer from the German Imperial period was comprehensively analyzed. The study shows that, apart from a strong oxidation of hop components, the signature of the historical beer is comparable to modern, industrially brewed beers. The individual production steps of brewing such as malting and germination treatment, wort preparation and fermentation, filtration and storage leave detectable molecular imprints.

The researchers compared the chemical signature of the beer sample with the molecular profiles of 400 modern, international beers and classified the sample as a typical light lager. Distinguishing features of the analysis were the type of beer, the type of fermentation, compliance with the purity law, the grain used and the signature of the Maillard reaction. The latter is essential for the taste and color of the beer and was detectable in a high concentration in the historical beer sample. The matching process has created "a database that now makes it possible to understand the technology behind a product. This is something we have been doing for a long time but have not been able to do on such a statistically sound basis," says Martin Zarnkow.

By comparing the historical and modern molecular references, the scientists drew conclusions about the brewing methods of the 19th century. They found that lager was brewed using a bottom-fermenting process. This production process prefers a temperature of 9 degrees Celsius and only became practical year-round with the invention of Linde’s cooling apparatus in the 1870s. Microbiological analysis determined that the beer was filtered. This occurred in 1885, a few years after the invention of the first filtration apparatus. A low lactic acid concentration in the beer sample and the role of niacin as an indicator compound for insufficient sterilization provided the researchers with further insights into historical brewing.

Food security thanks to faeces and waste - 23.11