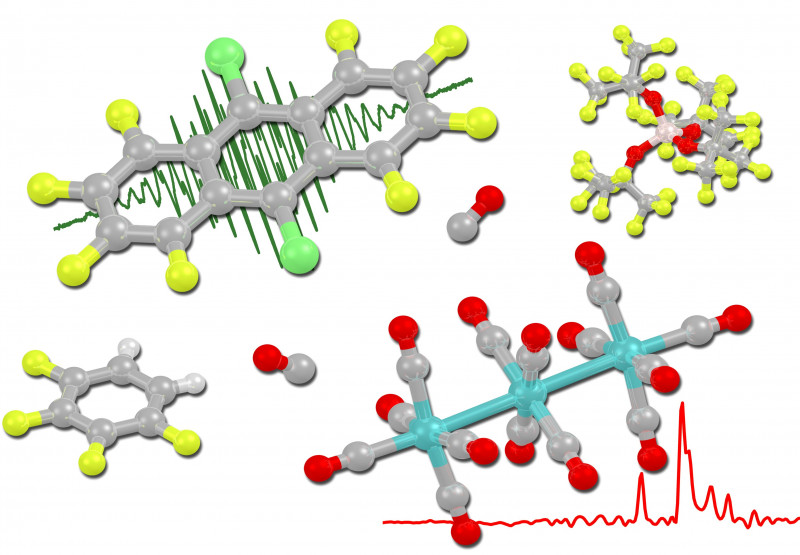 Chemists from Freiburg have succeeded in converting polynuclear transition metal carbonyls into their homoleptic complex cations using typical inorganic oxidants. In their work, the research team of Malte Sellin , Christian Friedmann and Ingo Krossing from the Institute of Inorganic and Analytical Chemistry and Maximilian Mayländer and Sabine Richert from the Institute of Physical Chemistry at the University of Freiburg show that the anthracene derivative with a half-step potential of 1.42 Volts vs Fc0/+ can be converted to the radical deelectronating salt by a nitrosonium salt. "We have thus pushed the frontier of fundamental research in coordination chemistry as well as in organometallic chemistry a bit further," Krossing said. The research group published their findings in the journal Chemical Science.

Deelectronator made from commercial chemical

In order to gain access to the hitherto almost unknown class of clustered transition metal carbonyl cations, chemists at the University of Freiburg have been looking for a way to ionize substrates without triggering undesired side reactions. During ionization, a neutral molecule loses one or more electrons. As a result, a positively charged molecule, also called a cation, is formed. A so-called innocent deelectronator is an ionizing agent that only accepts electrons from the substrate and otherwise shows no other undesirable reactivities. Since the only innocent deelectronator known to date, a perfluorinated ammoniumyl cation, requires laborious and time-consuming synthesis, the Freiburg scientists have developed an alternative that is produced directly from a commercially available chemical: The anthracene derivative, with a half-step potential of 1.42 volts vs. Fc0/+, can be converted to the radical deelectronator salt by a nitrosonium salt. "The deelectronating salt allows us to remove electrons from the system while preserving the structure. So it’s particularly mild and creates systems that we haven’t been able to represent before. In the long term, these could help us to produce better catalysts," Krossing explains.

First, the research group tried to generate the desired transition metal carbonyl cations by reacting trimetal dodecacarbonyls with a silver salt as oxidant. Direct reaction of the trimetal dodecacarbonyls with nitrosyl cations also failed to produce the hoped-for result. "However, if the nitrosyl cation is reacted in advance with a perhalogenated anthracene derivative, then the resulting acene radical cation deelectronates the trimetal dodecacarbonyls under carbon monoxide atmosphere and leads to the desired salts," Sellin explains. "Until now, no one has succeeded in converting polynuclear transition metal carbonyls into their homoleptic complex cations by typical inorganic oxidants. We have now shown that it is possible," says Krossing. Sellin adds, "Surprisingly, structural characterization as well as vibrational and nuclear magnetic resonance spectroscopies of our new cluster point to three strongly electronically different carbonyl ligands. It surprised us to see such different electronic behavior of virtually the same ligands in one molecule."