People with disability and carers at more risk of homelessness, PTSD after floods

Inclusion of people with disability and carers in both flood preparedness and recovery efforts is urgently needed in Australia, say University of Sydney researchers. People with disability and their carers experienced profound impact and systemic neglect during and after the 2017 Northern Rivers floods, with many still unable to access stable housing, and at relatively high risk of post-traumatic stress disorder (PTSD) six months later, finds a University of Sydney study.

How brain-monitoring tech advances could change the law

A world-first report from Dr Allan McCay in the Law School scrutinises advances in neurotechnology and what they might mean for the law and the legal profession.

An exhibition of seashore imagery pays homage to the landmark Australian Seashores text that changed how Australians viewed the coast, influencing generations of marine scientists and becoming an enduringly popular guide for general readers.

Uncovering the links between diet, gut health and immunity

A pre-clinical study from the University of Sydney has found a high-protein diet can change the microbiota of the gut, triggering an immune response.

The University of Sydney Union has won the Student Experience Network Award for Best Orientation Experience for the Semester 1 2022 Welcome Festival. The festival was part of an expanded welcome program to celebrate the reopening of campus after nearly two years of remote learning.

Three University of Sydney researchers have been awarded 2022 Young Tall Poppy Science Awards in recognition of their work across engineering, medicine and health, and science.

What is foot-and-mouth disease?

Veterinary public-health expert Professor Michael Ward explains why the outbreak of foot-and-mouth disease among Indonesian cattle has Australia on edge.

Can the next generation of sea urchins resist marine heatwaves?

Devastating effects on marine organisms may result from the exposure of ecosystems to extreme global ocean temperatures due to climate change.

Pornography and its effects on consumers have been studied by academics for more than 50 years. So what have we learned? Professor Alan McKee says there are many questions that still need answers.

Professor Emma Johnston is the subject of the latest edition of Aussie STEM Stars, an inspiring children's book series that celebrates Australia's experts in science, technology, engineering and mathematics.

Australia's policy of indefinite mandatory detention is harming detainees' friends, family and supporters, according to a new study by the Sydney Centre for Healthy Societies (SCHS) at The University of Sydney.

Over 250,000 Australians will die from cancers caused by cigarette smoking over the next 25 years

New research estimates the overall number of deaths from smoking-related cancers is set to increase by 32 percent over the next 25-year period.

Can you outrun a poor diet? 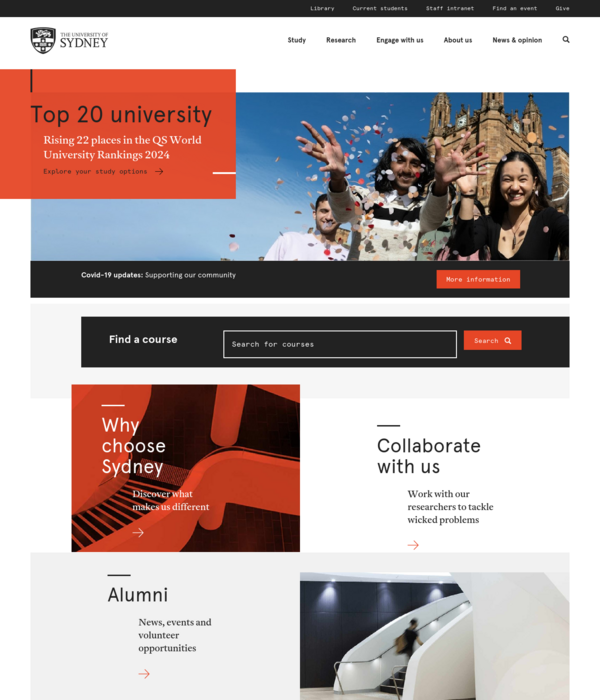