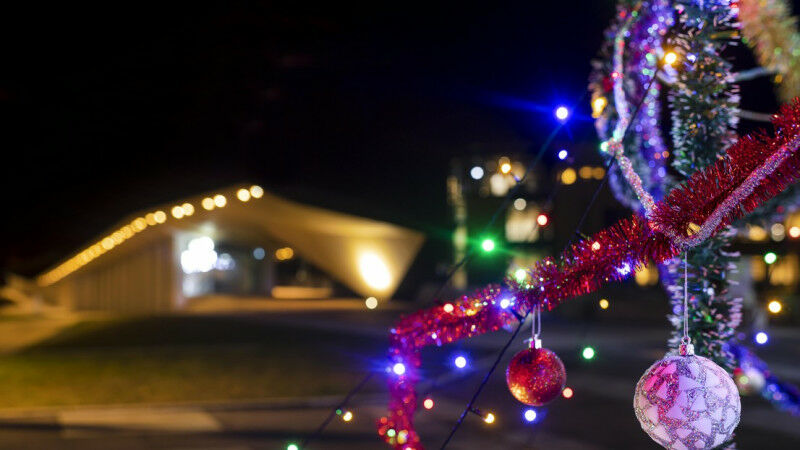 2020 was a year unlike any other. Here at EPFL, COVID-19 upended our plans in the areas of education, research and innovation. And while we will remember this past year for its pandemic-related headlines, our ten most-read news articles once again reflect the wide diversity of science.

The fully transparent surgical mask, called HelloMasks , combine transparency, resistance and porosity. They are small enough to filter out viruses and bacteria but large enough to let air through. Developed by EPFL’s EssentialTech Center, working with Empa, they will soon be produced on an industrial scale.

Work has just begun on building the first satellite that can capture and deorbit space debris. The European Space Agency has entrusted to EPFL startup ClearSpace. The ClearSpace -1 team has until March 2021 to design the satellite, plan the mission, define all the sub-systems, and so on

Embedded Systems Laboratory researchers have developed an artificial intelligence-based system that can listen to your cough and indicate whether you have COVID-19. Launched in April 2020, the app, Coughvid , allows users to record their cough and the results will appear immediately.

Scientifics of the Laboratory of Intelligent Systems have developed a drone with a feathered wing and tail that give it unprecedented flight agility. It can fly for a long time yet is almost as agile as quadrotors. This combination of features is especially useful for flying in forests or in cities between buildings.

Researchers at EPFL’s Laboratory of Applied Photonics Devices have developed a new, high-precision method for 3D-printing small, soft objects. The process, which takes less than 30 seconds from start to finish, has potential applications in a wide range of fields, including 3D bioprinting.

EPFL researchers are involved in the fight against the pandemic on several levels. Precisely in the development of the contact tracing app SwissCovid , developed in collaboration with ETH Zurich. Launched in June 2020, it has already been downloaded more than 2.3 million times and is Apple’s most downloaded free app in 2020. In addition, several EPFL experts are members of the Swiss National COVID-19 Science Task Force.

Researchers at EPFL’s Solar Energy and Building Physics Laboratory have assessed Switzerland’s solar power potential. Their results show that photovoltaic panels could be installed on more than half of the country’s 9.6 million rooftops. The resulting power would meet more than 40% of Swiss electricity demand.

Engineers at EPFL’s Laboratory of Nanoscale Electronics and Structures have developed a r evolutionary computer chip that combines two functions - logic operations and data storage - into a single architecture, paving the way to more efficient devices. Their technology is particularly promising for applications relying on artificial intelligence.

In a study led by EPFL, scientists have developed a synthetic blood-thinner that, unlike all others, doesn’t cause bleeding side-effects. The highly potent, highly selective, and highly stable molecule can suppress thrombosis while letting blood clot normally following injury.

CEA-Leti Reports Machine-Learning Breakthrough That Opens Way to Edge Learning - 19.01
This site uses cookies and analysis tools to improve the usability of the site. More information. |