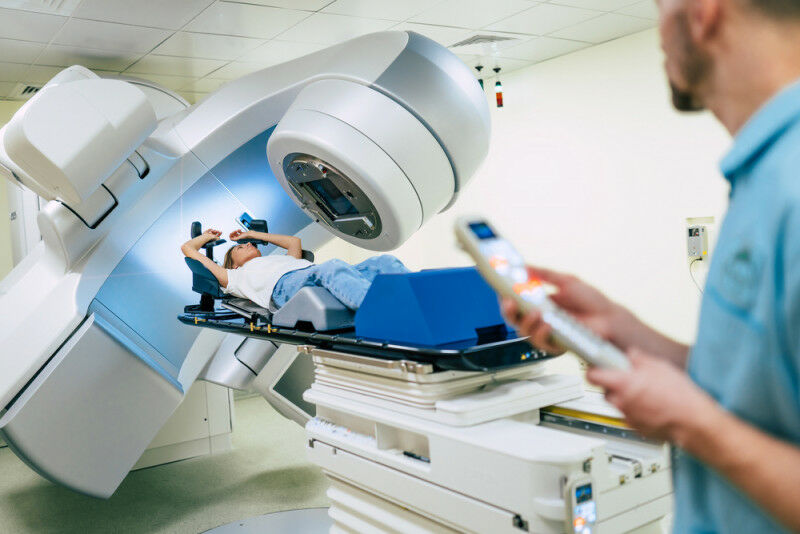 Researchers at the University of Waterloo have identified a new method for scheduling radiation therapy that could be as much as 22 percent more effective at killing cancer cells than current standard radiation treatment regimens.

While many mathematical studies have examined how to optimize the scheduling of radiation treatment for maximum effectiveness against cancer, most of these studies assume "intratumoral homogeneity" - that is, that all of the cancer cells are the same. In recent years, however, scientists have realized that tumours are made up of many different kinds of cells. Most importantly, they include cancer stem cells, which are more resistant to radiation than other kinds of cells.

"The problem with any calculation involving cancer is that it’s super hard to get exact values because things vary from cancer type to cancer type, patient to patient, even within the tumour," said Cameron Meaney, a PhD candidate in Applied Mathematics at Waterloo and the lead researcher on the study.

This new algorithm can generalize the differing radiation resistances of stem cells and non-stem cells, allowing doctors to predict how a tumour will respond to treatment before gathering exact data on an individual’s cancer.

The model has limitations, Meaney explained, as tumours contain far more than two kinds of cells. What it does, however, is provide clinical researchers with a better starting point for treatment research.

"The results of the algorithm are important because they shed light on the idea that heterogeneity in tumours matters for planning treatment," Meaney said.

The next step the researchers hope to see is an application of their algorithm to clinical studies: will their suggested therapy schedule outperform existing scheduling practices in a lab trial?

The study, Temporal Optimization of Radiation Therapy to Heterogeneous Tumour Populations and Cancer Stem Cells , co-authored by Meaney, Mohammad Kohandel, and Arian Novruzi, appears in the Journal of Mathematical Biology.

Ultra-processed foods may be linked to increased risk of cancer - 01.02
Disease detectives: a new frontier in genetic mutations - 01.02