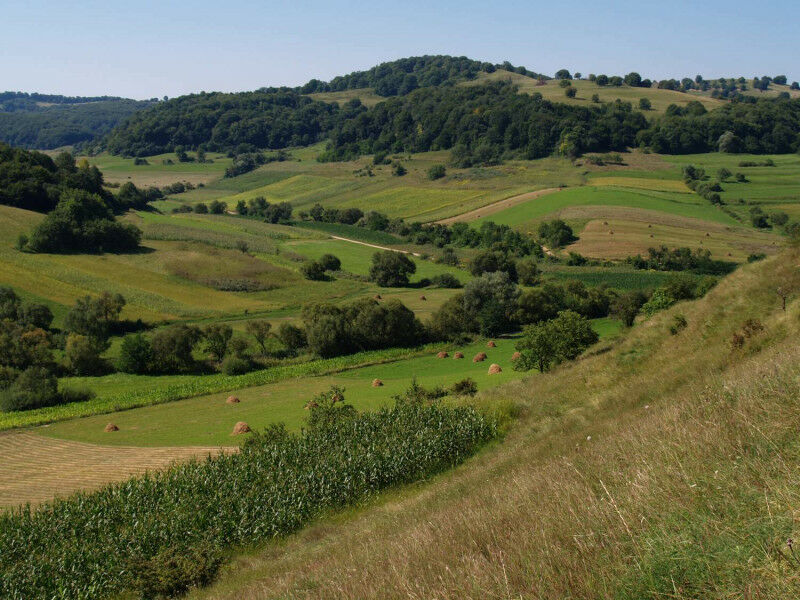 According to the authors, a landscape mosaic of natural habitats and small-scale and diverse cultivated areas are the key to promoting biodiversity on a large scale in both conventional and organic agriculture. Photo: Tibor Hartel

Research team led by the University of Göttingen calls for paradigm shift Is organic farming the only alternative to conventional agriculture to promote biodiversity in agricultural landscapes? An international research team led by the University of Göttingen questions this. According to the authors, a landscape mosaic of natural habitats and small-scale and diverse cultivated areas is the key to promoting biodiversity on a large scale in both conventional and organic agriculture. They state that political decision-makers will have to recognise this in order to achieve a corresponding paradigm shift in agriculture. The statement was published in the journal Trends in Ecology and Evolution.

Organic certification largely focusses on banning synthetic agrochemicals, the research team criticises. This leads to limited benefits for biodiversity, but to high losses in yield, even though agriculture is becoming more intensive and specialised. "Areas cultivated under organic certification have a third more species, but do not reach the yield level of conventional cultivation. This means that more land is needed for the same yield," explains first author Professor Teja Tscharntke, Agroecology Group at the University of Göttingen. However, as a larger area is needed, the advantages for biodiversity disappear. Moreover, it is a myth that organic farming never uses pesticides. "Pesticides are allowed as long as they are considered natural. For example, grape, orchards and also vegetables are sprayed extensively and repeatedly, mainly with copper products, even though these products accumulate in the soil," says Tscharntke. "In addition, much organic farming has moved far away from the ideals of its early years: organic farming is not always done on idyllic family farms; organic monocultures are often similar in size to conventional farms; and vegetables are often grown under glass, at the expense of biodiversity." In the Mediterranean region, covering crops with plastic sheets for vegetable cultivation is ruining entire landscapes, and yet an ever-increasing proportion of farming here is none-the-less achieving organic certification.

"Landscapes with high crop diversity, small fields, and at least one fifth near-natural habitats can promote biodiversity significantly more than just organic certification," emphasises the agroecologist. "Landscapes with small fields and long edges have many times more species than landscapes with large fields, and are equally feasible both in organic and conventional agriculture." As an example, he cites landscapes where fields are one hectare instead of six: "These can be home to six times as many plant and insect species. Variety in cultivation can also double the number of species and greatly increase biological pest control as well as successful pollination."

Even if the EU’s Green Deal sets out to achieve a 25 percent share of organic agriculture by 2030, it will still be necessary to include 75 percent conventional agriculture in the biodiversity strategy.

Deepwater renewal in Lake Geneva in light of climate change - 24.09

’More support needed for pollination services in agriculture’ - 20.09
This site uses cookies and analysis tools to improve the usability of the site. More information. |