The floor you walk on is now smart 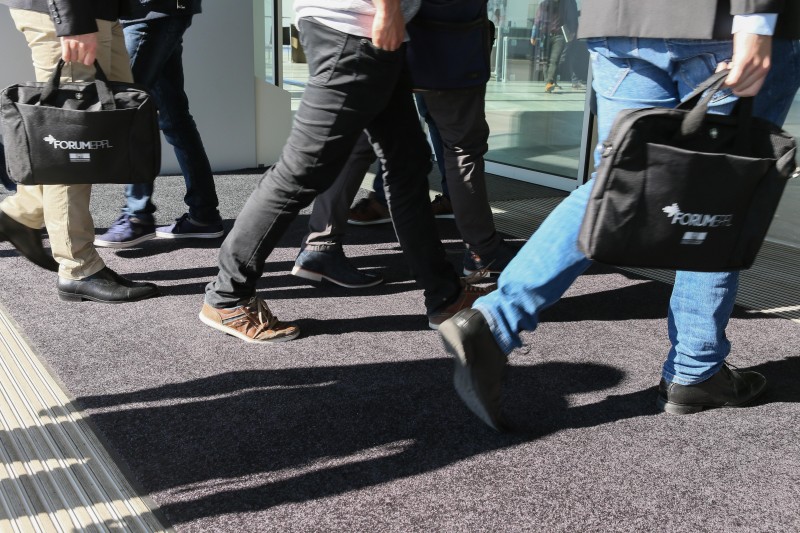 Technis, an EPFL spin-off, has developed a system that combines a connected floor surface with artificial intelligence to track people’s trajectories as they walk through a shopping mall or convention center, for example. The goal is to use such real-time data to improve safety and gauge the success of a given event.

Thanks to technology developed by startup Technis , the floors you walk on will soon be able to track exactly where you go and how you walk. The technology, developed from research carried out at EPFL, was initially used to make connected sports surfaces - but has since been enhanced for use in applications ranging from shopping malls and hospitals to event venues. Technis’ innovation turns everyday flooring into smart systems that can collect and transmit data in real time.

"We wanted to create a system that could determine the number of people entering and leaving an area in real time. Our connected surface is easy to install on any type of synthetic flooring and provides an array of data for recognizing and predicting visitor behavior," says Wiktor Bourée, CEO of Technis. Their technology uses machine learning to generate increasingly powerful algorithms that learn from the data the system collects. The algorithms can already recognize different ways of walking, objects with wheels and when a person falls, for example. This activity is translated into tables and charts, which can be viewed in real time on both computers and mobile devices. "Floors have long been overlooked in the quest to develop connected objects. Our technology is revolutionary because it doesn’t just count the number of people in a building - it’s a genuine smart system that detects, recognizes and analyzes what’s happening on a floor surface," says Bourée.

The system has already been commercialized at several event venues in French-speaking Switzerland - including EPFL’s SwissTech Convention Center - and France. And unlike a camera, it’s non-intrusive, meaning it can be used in hospitals and retirement and nursing homes. The connected floor surfaces can also be combined with other types of sensors to collect even more data and better optimize the movement of people through a given area.

Technis has already won over 10 innovation awards and grants and has successfully completed two fund-raising rounds, the proceeds of which were used to launch its first products on the market and further its expansion. This year the firm started receiving financial support from Switzerland’s Foundation for Technological Innovation (FIT).